Supporting multimodal transportation – from river to rail to roads – makes up our crucial part of our mission at the Port of Whitman County.

What is multimodal transportation?

Multimodal transportation uses two or more different shipping modes to move goods to their destination. Its advantages include lower costs, increased energy efficiency and safety enhancements. In Whitman County, a farmer leverages multimodal transportation each time he or she ships grain by rail to one of our on-water ports. From there, the grain typically travels by barge to Portland, Ore., boarding a container vessel to cross the Pacific Ocean into Asia.

In this example, the grain’s global journey from the Palouse to the Pacific begins with a strong rail system. 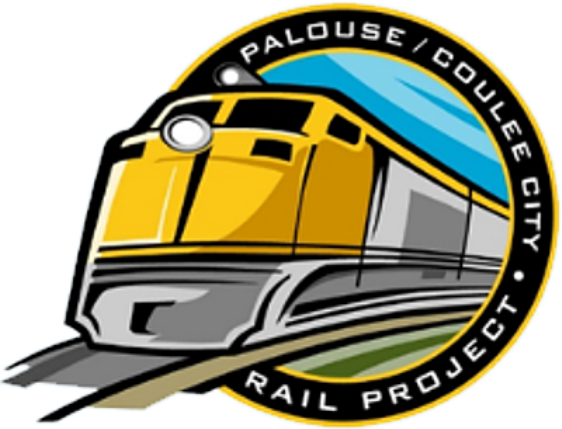 History of the Rail Project

The state recognized that closure of the lines would mean that traffic would be diverted to surface streets, and shippers would have no way to move grain during periods when roadway load restrictions and closures are in effect. In addition, without the short-line rail system, there would be increased congestion and maintenance costs on roadways. Due to the maintenance neglect of the short-line system, the Washington State Legislature, under Chapter 518, Section 713, made $8.6 million available for grant to any intergovernmental entity or local rail district provided the funds were used only to refurbish the recently purchased Palouse River and Coulee City (PCC) rail line system.

In response to this legislation, Grant County, Lincoln County, Spokane County and the Port of Whitman County signed an interlocal agreement in March of 2008 to form the PCC Rail Authority. The Washington State Department of Transportation (WSDOT) identified and prioritized refurbishment for the PCC rail line and the $8.6 million of state allocated money.

In 2009, the PCC Rail Authority submitted a federal application for a Transportation Investment Generating Economic Recovery (TIGER) Discretionary Grant for funds to rehabilitate the deteriorating infrastructure of the short-line to ensure long-term viability. In addition, the Port applied through Representative Cathy McMorris Rodgers for a 2010 appropriation of $1 million to extend the Oakesdale track for a Co-Ag unit train loader facility.

In 2015, the Washington State legislature approved a transportation package that awards for 8 bienniums, $36 million for rail improvements on the PCC system. The State rail office and the PCC Rail Authority board will collaborate to prioritize maintenance.

The PCC Rail Authority continues to seek grant funding and legislative support to provide upgrades to the PCC Railroad system that have been identified and prioritized by the Washington State Department of Transportation (WSDOT) and deemed critical to the system’s long-term functionality.