The Port of Whitman County has long recognized that high-speed internet service is essential for our rural communities to prosper. Reliable broadband allows families and businesses to enjoy our small-town amenities here on the Palouse, while competing in an increasingly connected global market.

To that end, we’ve installed hundreds of miles of dark fiber optic cable since 2000.

In December 2021, the Port of Whitman County will complete its project to enable gig-speed broadband for more than 150 businesses and 1,386 homes in five communities on the Palouse and extend fiber an additional 41 miles to rural areas. As a result, the farming towns of Rosalia, Tekoa, Oakesdale, Garfield and Palouse have access to services comparable to the largest urban areas in Washington State. In addition, the project extended fiber to transmitter sites for improved wireless broadband in the areas of Almota, Oakesdale, Tekoa, Farmington, Grinnell, Plaza, and Lamont.

In 2020, the Port entered into an Irrevocable Right of Use (IRU) Agreement with the local incumbent license exchange carrier (ILEC), Ziply Fiber. The agreement states Ziply Fiber will design and build the fiber-to-the-home systems and in exchange, the Port will pay a one-time fee to maintain an open-access system for 20 years. This guarantees a level-playing field for all internet service providers (ISPs) to compete and offer services to Whitman County constituents. The public-private partnership saved the Port $1.5 million on its project, freeing up capital and allowing the Port to include additional fiber extensions in rural Whitman County.

Currently, seven ISPs have signed up to provide gig-speed services to the areas served by the project. Prior to the Port’s effort, the incumbent provider offered service over a copper system at speeds averaging .8 – 1.5Mbps, depending on demand. According to the Federal Communications Commission (FCC), homes with more than one high-demand application running at the same time need more than 25 Mbps. Access to gig speeds will be critical to support rural Whitman County agriculture, business, education, healthcare and emergency services.

Recently, the Port also received a $1.7 million grant from the Community Economic Revitalization Board (CERB) to design and construct a fiber-to-the-premises (FTTX) network around Pine City and Malden. Fires in the fall of 2020 nearly destroyed the towns, ravaging more than 15,000 acres and 80% of homes. As the community continues to rebuild, infrastructure—including broadband—will chart the path for their recovery.

The Pine City/Malden project timeline states the design is expected to be completed by the end of 2021 and will overlap with obtaining permitting approvals. Construction is expected to start in early 2022 and finish by the second quarter of 2022.

The estimated total cost of the project is $2,168,651. The Port has committed a $433,730 local match for the CERB Rural Broadband Program grant. The additional $1,734,921 in projected project costs is the awarded grant from CERB.

For regular updates on these projects and others, please subscribe to the Port’s newsletter.

In the mid-1990s, our Port Commission and staff dreamt of connecting all of Whitman County to high bandwidth internet access. Yet, federal boundary and reimbursement rules prevented the county’s five telecommunications companies at the time from offering modern services. In addition, the Port of Whitman County lacked the legal authority to build the infrastructure itself. Seeing no difference between investing in transportation and investing in broadband infrastructure for economic development, the Port began lobbying for new state broadband legislation in 1998.

The Commission immediately amended its Comprehensive Plan, stating its intention to carry out its newfound broadband authority.

Since then, the Port has built out over 300 miles of dark fiber in a network ranging from the City of Spokane in the north to the City of Clarkston in the south, facilitating better prices and services for port tenants and businesses across Whitman County.

Today, the Port continues to advocate for legislation that will enhance telecommunications services across our county and state. The Port is also an active member in the Whitman County Broadband Action Team (BAT). In 2020, we joined five other ports in Washington state in forming Petrichor Broadband. Read more at www.portwhitman.com/petrichor. 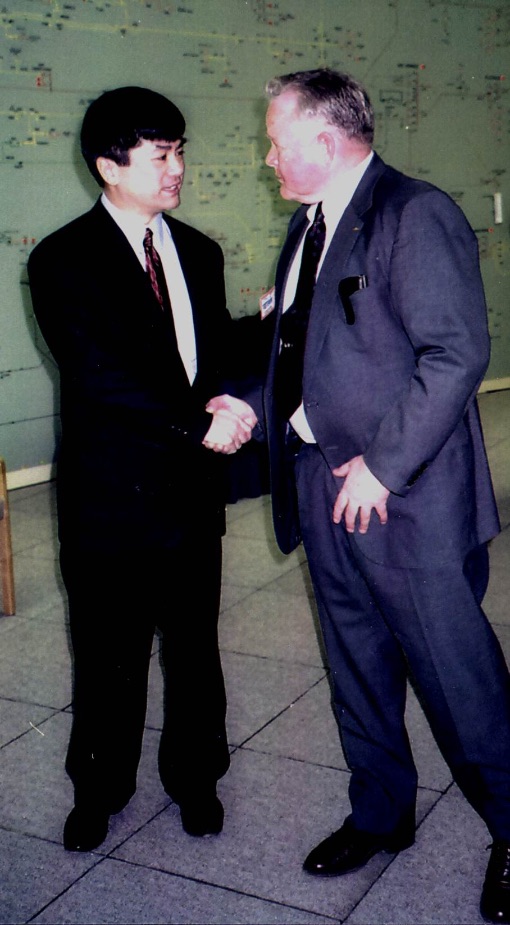